C2G, LLC is a Northern Virginia-based company whose mission is to help people plan better car trips. We think the online travel industry has been too focused on air travelers and so we’re building interactive tools to help the overwhelming majority of travelers who travel by car.  Since we love driving, we try to blend utility with fun in our applications so don’t be surprised if you come across a bit of whimsy in our products. 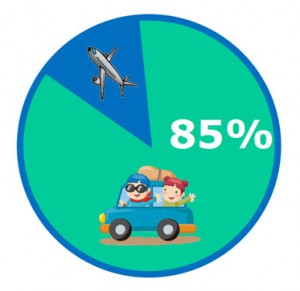 Cost2Drive is a Web and mobile application that makes it easy to calculate the cost of driving based on the fuel efficiency of your car and current gas prices along your route from over 100,000 outlets* across the US.  The Galculator™  (the versatile engine that powers Cost2Drive) also helps save money by locating the cheapest gas at refueling points and finding the cheapest airfare so you can see if it’s cheaper to fly or drive to your destination. 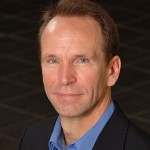 Jim runs the product, marketing and operations of C2G and is responsible for strategic planning and business development. He conceived of the ‘Galculator’ back in 2008 when gas prices first spiked above $4 a gallon. Prior to founding C2G, Jim spent ten years at AOL building consumer-facing Web experiences, most recently as the General Manager of AOL Travel where he rebuilt it into one of the fastest growing major travel sites in 2008. 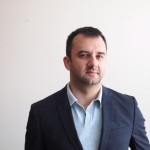 Petar oversees all design and front-end development for C2G, which includes the awesome Cost2Drive logo. He’s a serial entrepreneur who also spent three years at AOL as a User Interface designer. Along with heading up all the design work for C2G, Petar also runs Canic Interactive, a successful interactive agency he founded in 2005 that’s built Websites for dozens of leading companies.

Mike oversees the engineering and back-end development for C2G including the “Galcuator”. Mike is a seasoned engineer spending two years at Northrop Grumman, five years at Blackboard and three years heading up an Engineering team for Jibe. 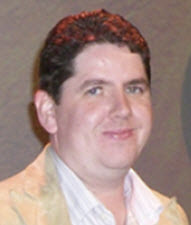 Patrick is the original creator of the Galculator, the technology that powers the C2G applications.  He’s an expert on geo-spatial engineering and local search and has spoken at such prestigious institutions as NASA and The Library of Congress.  Patrick was a principal software engineer at AOL and Head of Search Architecture and Research at AT&T Interactive.  He’s currently the VP of Engineering at Cricket Media. 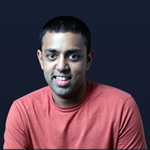 Vishal Iyer created the original interactive design of Cost2Drive.com which has delighted over 2 million users. Vishal currently works at CustomInk as UX Design Lead.  Previously he worked at AOL designing products that engage tens of millions of users, and enjoys working with startups and building products that he hopes will engage millions more.